INCOterms used in Transport mode of Nepal, Part I 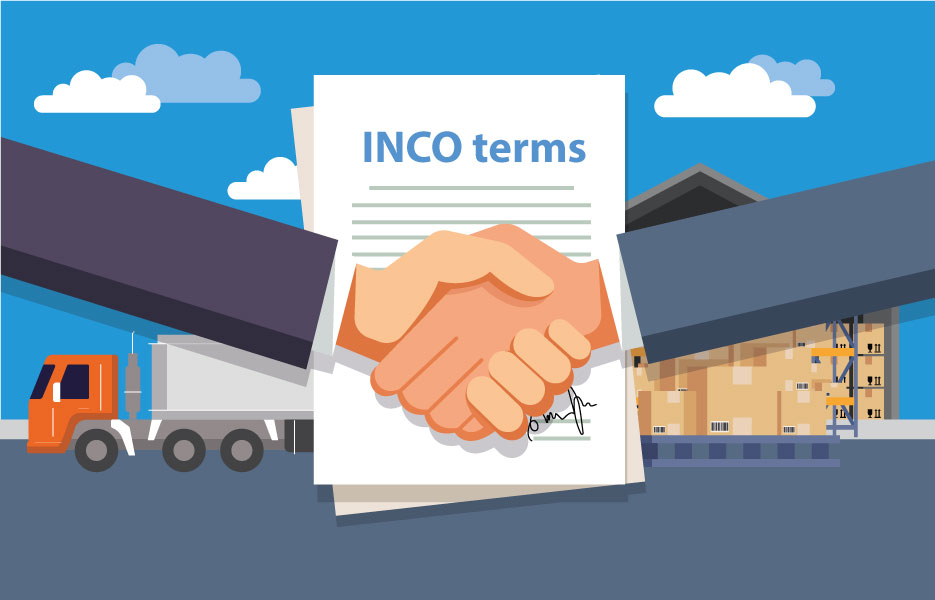 What are INCOterms? | Incoterms in Transport Mode of Nepal

INCOterms are three letter abbreviations which are an agreement to abide by a set of internationally applicable rules in the arrangement and operation of international transportation.

This blog focuses on  FIVE out of ELEVEN terms used for any Transport mode which have a general applicability in the context of Nepal;

EXW which refers to Ex works is a term used to represent minimum obligation for the seller and puts more responsibility on the buyer. The costs, and risks of transporting goods from seller’s premises to the desired destination is beared by the buyer. This term is widely used in Nepalese trade across borders and involves logistic service providers like Kantipur Logistics to cover the responsibilities of the buyer.

Free carriers also known as FCA are contrary to EXW, here the seller’s responsibility is more than the buyer’s. From handing over the goods, clearing exports, charging the carrier named by the buyer at a location nominated or selected by logistic service provider. In the case  of no precise point indicated by the buyer, the seller can recommend a place where the carrier shall take the goods into his charge. FCA is used as the best term for the exports in Nepal, as there is land as a rail transportation involved before “on board” the vessel of Kolkata part. The cost of transport up to “on board” is covered by the buyer but the liability and responsibility of shipper remains until it is on board.

CPT is also known as carriage paid to which the seller pays freight for the carriage of goods to the named destination. The risk or damage of the goods occuring after the delivery is taken by the carrier & is transferred from the seller to buyer. This term is particularly used to indicate sellers to clear goods for export. It involves the obligation of insurance to cover the land haulage to Nepalese border customs and to Kolkata or Haldia ports. The risk of seller is until “on board the vessels”

CIP is carriage and insurance paid to where the seller has the same responsibility as under CPT and in addition also has the responsibility of obtaining insurance against the buyer’s risk of loss or damage of goods during the carriage. The seller is required to clear the goods for export, however it is only required to obtain insurance on minimum coverage.

5. DAT
DAT abbreviated as Delivered at Terminal is a new term where seller delivers the goods, once unloaded from the arriving means of transport. The goods are placed at disposal of the buyer at a named terminal at the named port or place of destination. “ Terminal” includes quay, warehouse, container yard or road, rail or air terminal, ICD or ICP. The terminal point should be unanimously agreed upon by both parties and should be chosen at a point where the risk can be transferred from seller to the buyer of the goods. If the seller is responsible for bearing all the costs and responsibilities from the terminal to another point, DAP or DDP may apply.

Here are few more responsibilities that falls under DAT

There are ELEVEN terms generally used in Logistic service management, for the remaining next SIX terms, the second part of Kantipur Logistics blog will be available.